The
2009 Game Developers Choice Awards, the highest honors in game
development acknowledging excellence in game creation, will honor Hideo
Kojima with a Lifetime Achievement Award at this year’s ceremony taking
place at the Game Developers Conference next month.

Kojima
is Corporate Officer, Executive Producer and Director of Kojima
Productions and creator of the seminal Metal Gear series, and the
Lifetime Achievement Award recognizes the career and achievements of
developers who have made an indelible impact on the craft of game
development.

Renowned as one of the world’s most influential
contemporary game developers, Hideo Kojima first decided to get
involved in the game development business while studying economics.

Driven
by the hardware limitations of the MSX personal computer, he pursued a
fresh approach to the action game genre – and thus the stealth genre
was born with 1987’s Metal Gear for Konami.

After creating the
cult Snatcher and Policenauts franchises, the global breakthrough for
Kojima’s career took place in 1998 when Konami’s Metal Gear Solid was
released on Sony’s PlayStation platform.

This seminal title
has been followed by a host of important sequels and franchise
additions, including the critically acclaimed Metal Gear Solid 3: Snake
Eater, and 2008’s multi-million selling Metal Gear Solid 4: Guns Of The
Patriots.

Kojima also produced the well-received mech action
Zone of the Enders series, and also created Boktai: The Sun in your
Hand, a Game Boy Advance game which contained a photometric sunlight
sensor in the cartridge that charged a vampire’s solar weapon, another
example of the designer’s signature disruption of traditional gaming
mechanics.

“From
giving birth to the stealth action game genre to showing game makers
how to interact with their players by breaking the ‘fourth wall,’
Kojima’s achievements make him an obvious choice for an award that in
previous years has gone to luminaries including Sid Meier, Shigeru
Miyamoto, Richard Garriott, Eugene Jarvis, Mark Cerny, Gunpei Yokoi,
Yuji Naka and Will Wright.”

Presented by GDC and Webby-award
winning Gamasutra.com, the awards ceremony is held in conjunction with
the Independent Games Festival and will be hosted on March 25, in the
Esplanade Room in the South Hall of San Francisco’s Moscone Center.

Hideo Kojima will also be making his Game
Developers Conference speaking debut at GDC09 when he gives the keynote
lecture, “Solid Game Design: Making the ‘Impossible’ Possible,” the
morning after the Choice Awards Ceremony, on Thursday, March 26, 2009
from 10:30 a.m. to 12:00 p.m. PST in the Esplanade Room of the Moscone
Center’s South Hall. 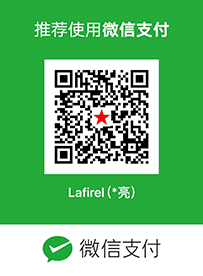